Last weekend I had the pleasure  of helping knitters begin their own "Epic" adventure with a class designed to kick-off a KAL (knit-along) that River City Yarns is currently running. You can find the Ravelry link here if you would like to join in.

We looked at taking my Rosalind cardigan pattern and setting off down a fork in that road, experimenting with the following:

There are many other options but these are a good starting point for the adventure.

I will be writing a guest blog post that expands on these ideas for River City Yarns (I'll pop back and add the link when it's up).​

Having enjoyed my explorations in London I was so excited to send the knitters off on theirs. I always feel like this is a point of passing a baton of sorts, so that others can run with whatever knowledge I have passed along just like the lecturer from the Curious Minds series did with me.  I can't wait to see what they come up with and what they learn along the way.

Here I am wearing my version of Rosalind with two of the River City Yarns store mannequins. I finished mine just in the nick of time (in just 2.5 weeks after coming back from my broken wrist) to wear during the weekend for fun.

While I was out in Edmonton I recorded a podcast with the ladies from RCY and The Grocery Girls.  I was frantically finishing my Rosalind as we were recording.

Thanks for reading...I hope that you enjoy the photos!

This month all taken from my self guided London Art Deco tour.

The signage outside the "Daily Express" building

The plaque on Fleet Street

View from my table eating lunch inside the "Royal Institute of British Architects" (RIBA) building.

Choose your own Adventure!

You know that saying..."practise what you preach"?  Well this month I have been doing just that.

Any time I go off the beaten path I describe it as being on an adventure, even if it's just a different route to get to a familiar place. You never know where an adventure will lead or what you will experience and learn. Because it's a new road you get to see things from a different perspective.  I love to encourage others to experiment and to try out new ideas too - to embark on their own adventures.

This month I have been traveling quite a bit, so I've quite literally been exploring several new roads. I took a trip to Montreal where I got to "fill the well" with inspiration at the Chagall exhibition. Then a trip to London where I elected to expand on my knowledge. Then there was a trip to Edmonton where I had the opportunity to share what I have learned with curious students.

Even though each of the trips were quite different from each other, all three brought me immense delight in a variety of different ways, plus they were all adventures.

I want to tell you about my trips to London and Edmonton.

In an earlier post I mentioned having attended a Curious Minds lecture series on Art Deco. The lecturer explained that she had to select just six cities to cover during the series and therefore had to leave some out. One of the ones she opted to side step was London. So as I planned my visit there I decided to head out on my own little Art Deco walking tour. Armed with the knowledge that I had recently acquired and Mr Google I plotted meandering paths all over the city. What I was attempting was to see a place that I already know well through a different perspective and I'm happy to say I pulled it off.

Even though I thought I already knew quite a bit about the Deco style, the lectures had served to highlight many of the of the architectural details and I was delighted to have spotted the British interpretation of these ideas in each building.

The exercise prompted me to spend more time looking up and crossing the street (trying to remember which way to look first) to see buildings from a different perspective. And there were some delightful discoveries along the way - a plaque on Fleet Street (where the newspaper buildings used to be) noting the site where a new font had been developed. I loved imagining the different but related industries working side by side. ​​As I was selecting which photos to include here I was once more thrilled by what I had seen and experienced. 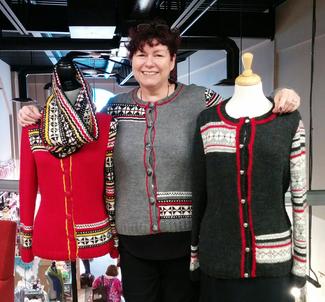