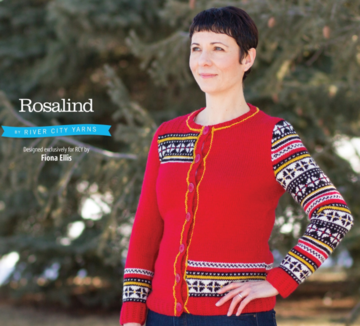 However creative we are, unless we happen to be Michelangelo we will never paint a life altering piece. None of us get to re-invent the wheel either and trying to do so is futile and frustrating. So in circling back to the tried and tested we are able to tap into a bountiful seam from which countless new ideas can be mined.

What exercises do you use to kick-start your creative process?

Thanks for reading...I hope that you enjoy the photos!

This month they are all from the wonderful trip I just had to the Jasper. It is SO beautiful & impossible to take a bad photo. Yes there is a lot of water there!

I have just been on a relaxing & rejuvenating trip to Jasper AB where I was surrounded by the stunningly beautiful scenery of the Rockies. Taking a trip to somewhere new is always a great way to get my creative juices flowing but it got me pondering about what I do if that isn't an option?

I think that when we are being creative we always feel like we have to be coming up with the next big thing; something extra-ordinary that will blow people's minds and change the world forever. I describe this notion as trying to create our own Sistine Chapel and it can be so overwhelming that it forms one of the biggest blocks to creativity that I have come across.  It creates a huge obstacle to the creative process - at it's worst it can prevent you from even pulling out your materials and just starting something.  I wonder if Michelangelo had similar thoughts as he began work on the Vatican ceiling....I bet he didn't, I bet he was building on his previous work.

Even though contemplating your own Sistine Chapel is a stumbling block that I totally recognize, since I have been teaching others how to be more creative I can spot the early niggly thoughts that herald it's arrival and manage to head them off before they have chance to take hold of my thoughts. I have learned to take my own advice.

The best way to head off SCS (Sistine Chapel Syndrome) is to immerse yourself in the creative equivalent of putting your fingers in your ears and singing "la-la-la" loudly. Pull out a project that is already in progress or start something that you NEVER intend to show to ANYBODY. In the first option make sure that you don't return to something that was stalled because you had hit a snag, choose something that flows easily and isn't especially taxing. You will be engaging in a creative act, the flow will soothe and it will free up the mind from destructive thoughts.  It will usually spark a few embryonic ideas. Or sit down to work on something that you tell yourself can be absolutely terrible, tell yourself that nobody but you will ever see it let along judge it - just play. Sometimes when I take this approach I take a quick snap of what I make and then promptly throw it away...crumpling up a piece of paper or ripping out a swatch can be quite therapeutic. Then I start on another piece based on the throw-away and lo...many times something good comes out of it. But if it doesn't that's OK...you are already being creative.

The past little while I have been working on ideas that build on things that I already know to work. Such as taking a chart that I already love and finding new ways to use it; working it in different colours, changing the scale, tweaking details. It's a different take on my "working in series" idea. Rather than having a single concept and working through the options that spring from it, I'm taking a fully formed idea and seeing if I can come up with other options based on it - more like ideas stacked on previous ones rather than radiating from one single source. My Rosalind cardigan is a perfect example of this. Working with River City Yarns means that I get to use the ideas of other creative people as a springboard. So when they suggested that it would be great to have a cowl based on Rosalind I jumped upon the idea. It turns out that because I had already done most of the work while developing the pattern for the cardigan it wasn't a ton of work to come up with the cowl. The best part of the project was that I may have second guessed myself and tried to re-invent the chart but that would have defeated the object of the exercise. The finished item can out even more beautiful than I imagined and is a perfect complement to Rosalind. RCY ran a KAL the past couple of months but watch for the cowl being released as a stand-along pattern in September.