Canada is diverse and so so beautiful. It may often look like the photo below on the left but sometimes it can be like the photo in the middle and I'm so happy that I get to live and work here. The shot on the right was taken when I was recording a podcast episode of "It takes Balls to Knit" with Steve Malcolm - how about that for an office backdrop?

BY the way: I have yet to see the Northern Lights...but it's on my list!

I hope that you enjoy the photos!

This month they are from my archives (and some recent shots) - images of Canada...my attempt at recording some of the different landscapes. 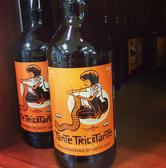 On the work front my latest design also draws on Canada for its inspiration. I have been working with River City Yarns in Edmonton AB helping to put together collections of patterns for their own line of yarns. The latest patterns are worked in their Epic yarn. The designs featured are from Ann Budd, Holli Yeoh, Kate Atherley and myself. For my cardigan Rosalind I took the colours found in the classic Hudson Bay Blanket and used them for stranded colour-work than says Nordic rather than just the Great White North. To make it contemporary rather than classic I made the sample in my signature asymmetric style, but of course it can also be made symmetrical if that is more to your taste.

This month several seemingly non-related things have been making me feel an even deeper fondness for my adoptive country.

The first was a visit to the AGO to see the exhibition "The Idea of North" - paintings by Lauren Harris. Demonstrating how biased education can be, in spite of studying art & art history I had never heard of Harris or the Group of Seven (the movement of artists that he belonged to) before I moved to Canada. This current exhibition was partially curated by Steve Martin (what a fascinating man he is), who said in an interview that it seems to have taken an American to show Canada one of their art legacies. I had seen many of Harris' works before, but this exhibition doesn't just concentrate on his later more famous landscape pieces, it contains many pieces of his paintings of "The Ward" - a former neighbourhood in Toronto before redevelopment in the 1960s. What struck me most was that, even though he was depicting the squalor that the factory workers lived in, the paintings were not dreary or depressing (unlike how I imagine it must have been to actually live there). Similarly his Abstracted Arctic landscapes portray a sense of wonder and magnificence beauty rather than bleak remoteness. Martin has done a wonderful job of showing the public the range and arc of Harris' career.

Then last week we took off for a few days and decided that because we spend way too much time in airports a road trip was the way to go. Even though we have done a lot of exploring we still have large swathes of Canada we haven't seen but we wanted to keep closer to home...so we drove up to north of Ottawa (only a few hours away). Crossing over into Quebec you immediately notice a shift, not so much in the landscape but in attitude, culture & food. Being big fans of bread, beer and cheese we planned a mini "BBC" tour of the Gatineau region. The laws regarding pasteurization of milk for cheese production are different than in Ontario so we were excited to try some unusual varieties that we can't get at home - we weren't disappointed. On the beer front I was thrilled to discover this in a general store....they must have known I was coming.