I hope that you enjoy the photos- this month illustrating how I see the transition into Sweater Weather season.

See you next month!
Fiona xxxx 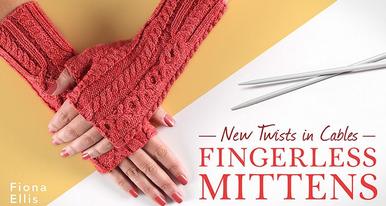 Knitter's this is OUR season, and as every festivity deserves a present or gift to be exchanged I'm offering you a discount on my newly launched mitten pattern: Bay View Mittens, worked in Mrs Crosby Steamer Trunk yarn. Plus a $10 off my Craftsy class: New twists in Cables- Fingerless Mitts.

HAPPY SWEATER WEATHER!
Mostly I try to make my monthly posts about design and creativity and to steer away from overtly knitting focused pieces -although it’s such a part of who I am I’m not sure how well I manage that. But this month for reasons I will explain I will be focused on knitting a little more than usual. Stick with me non-knitters I think that you will still relate to what I'm saying.

I love living in a climate that has distinct seasons. I also love the change in mood that kicks in as we transition from one season to another. A new beginning every 3 months or so…although my resolve to get back into shape each time doesn’t seem to kick in all that much.

I’m not huge fan of winter because of the cold and the limitations on being outside (I don’t do slippery - there is too greater risk of a broken wrist), but I do look forward to the lights and festivities that it brings. Throwing open the windows and the frantic cleaning in the Spring is wonderful (remind me in April that I said that would you?). Long days & kicking back with a glass of something on a patio in the summer is my 2nd most favourite. But my all time fave transition is as summer draws to a close and the leaves being to change.

Now don’t get me wrong, I do resist the first signs of that happening like a child with its fingers plugged into her ears loudly singing la-la-la, but once I get used to the idea that Summer is over I completely embrace the coming months.

I grew up in England where this season is called Autumn but since moving to North America I have taken to calling it Fall, but I recently realized that everybody has been getting it completely wrong! This season should really be called “Sweater Weather”.  And truth be told it’s the season that knitters long for all year ‘round. Knitters are not alone in thinking this....other businesses have caught on. Realizing that, not only that the are a TON of knitters out there, but that even non-knitters love to throw on a cosy sweater. Here is some evidence to support my theory....I found this at Bath & Body Works last year.

There are several reasons for Sweater Weather season. The first one is obvious - the slight nip in the air especially in the early morning & evenings means that we need a garment to cover our skin. That could be a sweatshirt of course but nothing is as snuggly in feeling as a knitted piece. We also want to be outside as much as possible because Mother Nature is throwing her annual spectacle. Plus it's not yet so cold as to need a coat, so our beautiful sweaters not hidden under other layers...they are on full display.

I was just at the Make Wear Love Retreat in Maine where the scenery was amazing. But this being a knitters retreat I noticed that the beautiful hand knits that everybody was wearing were just as lovely to see as the scenery outside.

But it's not just about the sweaters; this is also the season of more places offering dark beers on their menus, of wearing boots, and of a new crop of interesting films (after the doldrums of the summer blockbusters). These things are heralded by Octoberfests, a change of merchandise at my local Fluevog store and the end of TIFF....or is that just me? 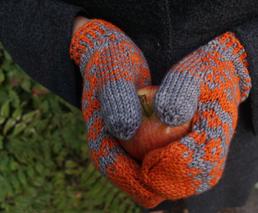