I hope that you enjoy the photos - this month all about red not only Valentine's Day but also because I am researching that particular colour. More to come on that later.


See you next month!
Fiona xxxx 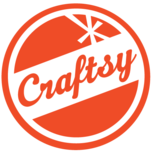 The origins of the heart motif seem to lie in the stylized ivy leaves used in early stone carving.  Ivy leaves symbolized everlasting love and were often planted to grown over grave stones. Over time the Ivy leaf became a motif that stone carvers included in their repertoire. Eventually the representational shape evolved and took on what we would now call a heart shape.

During the middle ages painters of ecclesiastical art began to use the shape to represent the bond between man and God, which eventually becoming known as the Sacred Heart. It was mostly depicted in red - the colour of passion.

The heart is of course closely linked with playing cards which came into being in 15th century. But hearts weren't always included in all decks. Whether they made the cut or not (I couldn't resist the pun) depended on the era and part of the world in which they were made. Hearts are only one of many symbols used for playing cards.

The motif was central to the major success of the poster I       NY which was used as part of a campaign by the New York tourist board in the 1970's. From then on the heart symbol fully secured it's ubiquitous position in our popular culture and became the short hand for love or like.

Valentine's Day is about treats and gifts so....

It was something that I researched as I set out to design my Heart on Your Sleeve pattern- an exclusive for The Plucky Knitter.

This cardigan features  a Celtic Knot cable pattern with intwined hearts running down...yes you've guessed it... the sleeve, but also on the upper back and, flanking the centre front opening, it also incorporates a partial version of the pattern.

I'm especially pleased with the pattern as I managed to create what I think is a really nice heart shape.

Even though we often think of intwined hearts being a classic Celtic motif it is in fact a much later addition to the array of symbols and patterns used in Celtic artwork.

The class features the patterns to make two pairs of cabled mittens included the Celtic Knot cable pair above.

I do hope that you will join me. 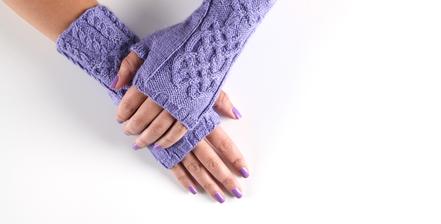 Here's a knitterly Cable work Valentine heart for you to enjoy

I know that to many knitters the cable work might look a little complicated so, aiming to remove some of the mysterious that surround knitting these types of patterns, I shared some of my tips for working Celtic Knot patterns in this Craftsy blog post. 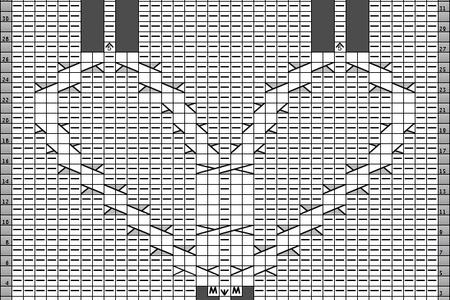 In the spirit of Valentine's Day I have decided to dedicate this month's post to the heart motif.