Colour, especially when it's clothing related, is fascinating to me. Colour has the power to create a mood or feeling, demonstrate the personality behind the wearer and even evoke memories.

For example, I choose never to wear navy blue because that was the colour of my school uniform. I loved school but hated looking like everybody else, which of course resulted in my coming up with creative ways of bending the rules regarding the uniform. To this day, just a few years on from my school days of course, I still find navy a safe, conservative, bordering on boring colour. On the other hand I think of my staple black as sophisticated, chic and dramatic. Even though they aren't worlds apart in terms of colour, they say completely different things to me...and probably to you too.

Take a look at these colour palettes, what type of clothing do they make you think of? 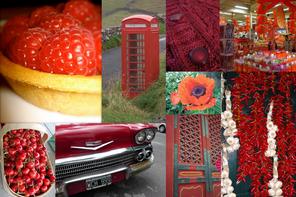 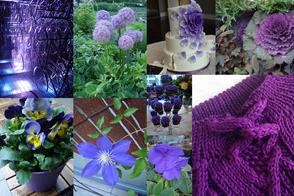 Now ask yourself why you feel this way and it becomes even more intriguing.

I have been pondering how specific shades become synonymous with a specific era and wondering just what causes this (yes the thought is recorded in my notebook requiring further study) to become a trend. Sometimes it is fairly obvious, such as in the 1850s when synthetic mauve came into existence. It's availability to a whole new sector of society (not just for ecclesiastical or royal wearers) brought about it's popularity. Then in the late 1960s / early 1970s when people became fascinated by the Victorian era, purple made a big come-back, but what prompted it's pairing with bright orange?  This potential for research came up when I happened to mention 1980s "Electric Blue" to a friend. I had many items, including shoes, in that shade. It's fun, juvenile, pop mood is as far from Navy Blue as I can imagine and is forever linked in my mind to Tina Turner, Michael Jackson and Duran Duran.


A little off-topic but I wanted to share these photos with you. I was finishing up writing an article on the colour green when I traveled to London and fell in love with the wallpaper in a pub that I visited. The owners had commissioned a contemporary version of an old style. I thought it was perfect. It depicts the 21st century London skyline, but is reminiscent of a popular style during the late Victorian era when the pub may have been originally built. This type of wallpaper (and colour) fell out of favour when it was discovered that the new synthetic dyes used in printing them turned out to be deadly due to the arsenic that they contained.

When I was a kid in school I used to love being set a project to work over several weeks. I just loved doing research on my chosen (or set) topic and putting together a report to hand in at the end of term. My presentations invariably included lots of pictures and sometimes 3D objects to illustrate them. So I'm thrilled that these days I have found avenues to continue doing this type of research and to get paid to do it.  I have begun to keep a list of those moments when I ask myself a question about a clothing /design related subject that I think will be fun to explore & that I think would be of interest to other people too. Through this type of work on articles for Twist Collective I have researched the History of the Paisley, Stockings throughout the ages and more recently, interesting facts behind different colours.

I hope that you enjoy the photos- this month all green in celebration of my latest article "It's not easy being Green" for Twist Collective.

See you next month!
Fiona xxxx