Fall is the season of sweaters and so I've had a flurry of new designs launched. Here they are:

If you are interested in hearing about Scarrington from the newly re-launched Twist Collective check out this Podcast. Or hear me chat about the new Cabin Collection from River City yarns here.

Knot what I expected

First of all I have to apologize for abandoning you dear reader. In October the 9th fell on Thanksgiving and I had every intension of writing my post over that long weekend but somehow eating turkey and catching up with friends got the better of me. As Fall is always my busy season I've had just too many plates spinning and have ended up neglecting you.

But I promise to do better & I do hope that you can forgive me.

While I was in Zurich I met a man (one of the collaborators that my husband is working with) who totally blew my mind. I'm used to being around very smart scientists (my husband is one) but mostly I struggle to find topics of conversation about mutual passions. On this occasion, however, it was the exact opposite. He struck up a conversation with me because I was knitting, he wanted to watch how it was done. I was expecting the usual memories of somebody else who knit chat but instead he took me on a journey into black holes!

To him knitting is where some fundamental scientific principles begin/began. He was already fully aware that knitting machines had been programmed using punch cards and are therefore some of the early forms of coding upon which our modern computers are based. He fully understood that knit patterning is based on two units (knit & purl) and are therefore is a binary system. He also told me about how one of the hardest classes he took in higher education was on solving the mathematics involved in knots....all those angles & forces. Which is when he blew my mind by trying to explain how it is believed that black holes and knots are linked...or something like that...I have to admit that's when he lost me. He chatted about my "simple" craft as passionately as I've heard any knitter speak on the topic and was both fascinated and fascinating at the same time. I can't wait until our worlds collide again - maybe I'll have him explain that black hole thing again so I might grasp it a little. Watch this space! 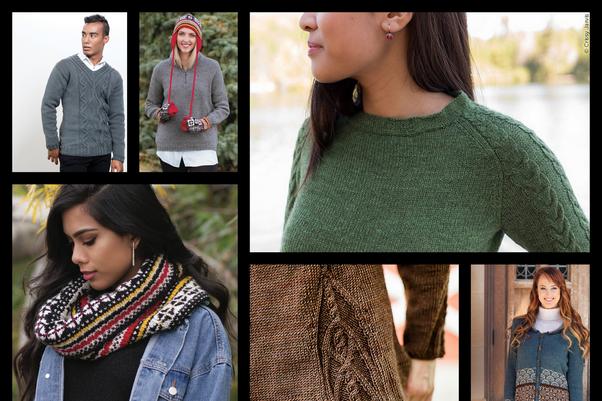 Winter has arrived! Plus gift giving season is just around the corner.
So let's get this party started...
When you buy one of my patterns for hands & feet you will receive a 50% discount on a 2nd pattern here:
Coupon Code: Bundle Up!

Thanks for stopping by...I hope that you enjoy the photos!

This month they were taken while I was in Switzerland...(K)not the usual shots that you might expect. They were all taken in the area where our hotel was...a former industrial part of Zurich which is now home to high tech businesses. Much of the area used reclaimed materials for artwork, or repurposed items and buildings.

Please check back in next month...I promise I'll be here telling you what my latest fascination is. 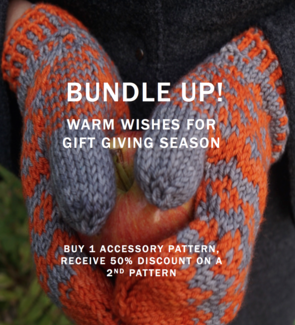